Please enjoy this virtual  history tour, created by our teachers for our 2020 Summer Transition Camp. This was created so our students could see the campus while we were still observing Covid-19 quarantine protocols. Even in the midst of a pandemic, the Lively faculty shines!
From Celebrate a Century, Falcon yearbook 1986, and from research done applying for a historical marker by former Fulmore teacher Jimmie Ellerbrock.
Fulmore Middle School has been educating Austin’s students for almost 135 years. The three story building, the ―old building‖ that was built in 1911 is now almost 120 years old! However it didn’t start out like this. Fulmore originated as a one-room wooden schoolhouse a few blocks north of the present building. Austin was a growing city; the Colorado River had finally been tamed with a dam, and a new bridge was built, uniting north and south Austin. That original school was called the South Ward School. Miss Luetta Kinney, the first teacher, taught all six grades from her homemade desk. The 12 students drank water from a dipper that came from a barrel of water drawn from the Colorado River. 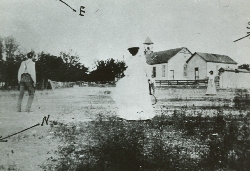 In 1892, the school was incorporated into the City School System and another room was added. The school had an enrollment of 73 and Miss Mollie Dawson was made the first principal. Today Dawson Elementary School carries on her name. 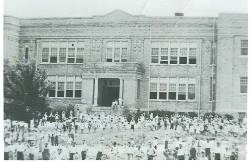 Student enrollment grew rapidly and the addition of a new building was proposed. In November 1911, the newly built school was named the Fulmore School in honor of Judge Zackary Taylor Fulmore. Judge Fulmore was a businessman, a judge, and a leader in educational reform in Austin and Travis County. A large bell that hung in a bell tower on the grounds close to Congress Avenue rang to start and end the school day. 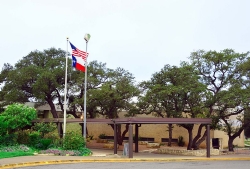 The building has seen a lot of history. It was used to register Army troops during World War I. Women sewed bandages and made uniforms in the basement (now the first floor). When WWI ended, the famous bell peeled the happy news. The bell is now located in a niche in the courtyard. 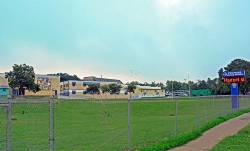 The school was renovated in 1939 and again in 1956, creating an additional two halls. The current office, gym, and cafeteria were built in the early 1980s. In the early 2000’s, a new building was added, creating an 8th grade wing.
Postscript:
With the renaming of the school to Sarah Beth Lively in 2019, we continue to make history as we honor Ms. Lively, who devoted 47 years of her life to our campus and students. Ms. Lively was a journalism teacher for 22 years and volunteeered for another 25. When AISD decided to rename our school, there was a rallying cry from her former students and colleagues to honor her. We are proud to honor this outstanding educator and will continue to make Austin history for centuries to come.
Lively is the oldest secondary school building still in use in Austin. Other schools such as Austin High are old schools with old names but they are in relatively new buildings. The move from a white frame, two-room schoolhouse to its present building was a move of no more than two blocks, but it would eventually bring Lively into the 21st Century. When education came to south Austin, it came to stay.